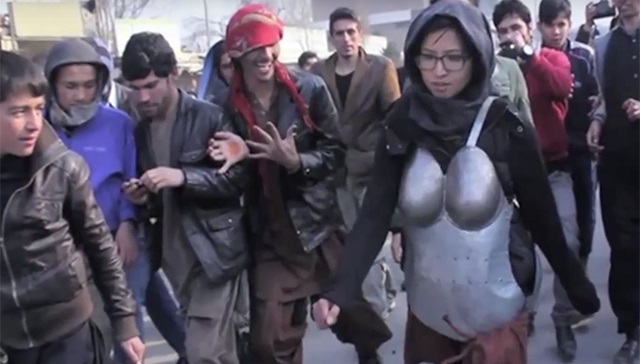 Afghanistan (which literally means Land of Afghans) is a mountainous, land-locked country located in south-central Asia. The region has a history and culture that dates back over 5,000 years, although it was only in 1747 that Ahmad Shah Durrani united the various tribes and founded what is currently known as Afghanistan.

Throughout its history, Afghanistan — strategically located between Asia, Europe and the Middle East — has been fought over by Alexander the Great, Zahirudeen Babur, the Persian emperor Nadir Shah, the British, the Soviets, Afghan warlords and most recently the Taliban and NATO-led forces.

Under Zahir Shah, who reigned for 40 years until his abdication in 1973, Afghanistan experienced its most peaceful and progressive period. Shah brought in a new constitution which expanded the rights of women and promised free elections, advanced international relations and set up the country’s first university. But his reforms were not welcomed by everyone. In 1973, he was overthrown by his cousin and prime minister, Mohammad Daoud Khan.

Daoud initially had the backing of a growing band of communists, but when he tried to make Afghanistan more politically neutral he was ousted in a coup in 1978 in what has been called the April Revolution. Months of infighting convinced the then-Soviet Union that the only way to ensure a stable Communist government in Afghanistan was to invade – an occupation that was to last a decade and cause the deaths of one million people.

During that time, the US and Saudi Arabia provided millions of dollars and weapons to the mujahideen, Islamic warriors fighting the Soviets, via Pakistan. The battle also drew many foreign Muslims, including Osama bin Laden, to Afghanistan to fight.

In the years following the Soviet withdrawal in 1989, the mujahideen fought each other ruthlessly for power, with the key players being Ahmad Shah Massoud, Gulbuddin Hekmatyar, Abdul Rashid Dostum, Ismael Khan, Abdul Ali Mazari, Abdul Rab Rassoul Sayyaf and Burhanuddin Rabbani, many of whom are in the current government.

It was at this time that a group of Islamic students, calling themselves the Taliban, emerged, promising a return to peace and Islamic values at a time of anarchy. They swept into the capital, Kabul, in 1996 and remained in control of the country until 2001 when they were ousted by the US-backed Northern Alliance.
The US had demanded the Taliban extradite bin Laden who was accused of masterminding the September 11 suicide attacks on the World Trade Center in 2001 from his sanctuary inside Afghanistan.

When the Taliban refused, the US launched an aerial attack in late October, followed by a ground assault that drove the regime from power.

While the defeat of the Taliban was swift, the past nine years have seen a revival of the extremists. From their spiritual birthplace and southern stronghold of Kandahar province, the Taliban have pushed north and east – turning once peaceful regions into yet another battlefield.

In March 2009, US President Barack Obama unveiled a new American strategy for Afghanistan and Pakistan to combat what he called an increasingly perilous situation.

In December, he ordered a surge in US troop numbers by 30,000, but also pledged to begin withdrawing forces by 2011. NATO forces have also set a deadline to hand security to Afghan forces in 2014.

With help from the international community and the United Nations, Afghanistan adopted its new constitution, establishing the country as an Islamic republic in January 2004. The Afghan government consists of an elected president, two vice presidents and a National Assembly consisting of two houses: the House of the People (Wolesi Jirga) and the House of Elders (Meshrano Jirga). There is also an independent judiciary branch consisting of the Supreme Court (Stera Mahkama), high courts and appeal courts. The president appoints members to the Supreme Court with the approval of the Wolesi Jirga.

The president and two vice presidents are elected by direct vote for a five-year term (eligible for a second term); if no candidate receives 50 percent or more of the vote in the first round of voting, the two candidates with the most votes will participate in a second round; a president can only be elected for two terms.

Afghanistan held its first presidential election in 2004 which more than 8 million people voted, nearly half of them women. Hamid Karzai won with 54 percent of the vote. Mr Karzai also won a second term on August 20, 2009, although there was an outcry about electoral irregularities. The next vote will be held in 2014.

The central government has little writ in the rural areas where Islamic religious tradition and codes, together with traditional tribal and ethnic practices, have an important role in personal conduct and dispute settlement. Afghan society is largely based on kinship groups, which follow traditional customs and religious practices, though somewhat less so in urban areas.

The total population of Afghanistan is roughly 26 million. About one person in seven lives in the capital, Kabul. Kandahar City has the second biggest population with half a million people, followed by Herat to the west, Mazar-i-Sharif in the north and Jalalabad in the east. About two and a half million registered Afghans remain in Iran and Pakistan as refugees.

There are four major ethnic groups: Pashtun, Tajik, Hazara and Uzbek. Numerous other minor ethnic groups (Nuristani, Baluchi, and Turkmen etc.) also call Afghanistan home. While the majority of Afghans belong to the Islamic faith, there are also small pockets of Sikhs, Hindus and even some Jews. The official languages of the country are Dari and Pashto.

At country level, the sex ratio is 103.2 men to every 100 women and the average household comprises 6.3 members.

Nationwide, the literacy rate – or the percentage of the population over the age of 15 who can read and write – is 26 percent. For men, the rate is 43.1 percent while for women it is 12 percent.

There are more than seven million boys and girls enrolled in schools throughout the country, according to the Education Ministry. However, there are still significant obstacles to education, stemming from lack of funding, unsafe school buildings and cultural norms. Furthermore, there is a great lack of qualified teachers, especially in rural areas.

While schools are free and elementary education compulsory, access is a problem. Only about 17.4 percent of the population has a primary school in their village, and 37 percent has to travel five kilometres to the nearest one. More than one in four students, or 29.9 percent, have to travel more than 10 kilometres to reach a school.
The situation for secondary schools is broadly the same, with only 7.7 percent having a secondary school within their village and 41 percent having to travel more than 10 kilometres. High schools are clearly worse. Three out of five have to travel for more than 10 kilometres and only one in five has a high school within five kilometres or less. Under the Taliban, public education for girls virtually disappeared, however, 34 percent of the student population are now girls. Similarly, the number of teachers has increased to 175,000, of which 30 percent are women.

UNICEF estimates that more than 80 percent of females and around 50 percent of males lack access to education centres. According to the United Nations, 420 schools have been closed in the country because of poor security.

Afghanistan has one of the highest mortality rates in the world: one in five children dies before the age of five and one out of every eight Afghan women die from causes related to pregnancy and childbirth each year. 70 percent of the population lacks access to clean water. Life expectancy is only 44 years for both men and women.

Before the start of the wars in 1978, the nation had an improving health system and a semi-modernized health care system in cities like Kabul. Following the Soviet invasion and the civil war that followed, the health care system was limited only to urban areas and was eventually destroyed.

The Taliban government made some improvements in the late 1990s, but closed down medical schools for women and prevented women from seeing anyone but female doctors. After the removal of the Taliban in late 2001, humanitarian and development needs remain acute. After about 30 years of non-ending war, there are an estimated one million disabled or handicapped people in the country. An estimated 80,000 citizens of the country have lost limbs, mainly as a result of landmines. This is one of the highest percentages anywhere in the world.

The nation’s health care system began to improve dramatically since 2002, which is due to international support on the vaccination of children, training of medical staff and all institutions allowing women for the first time since 1996. Many new modern hospitals and clinics are being built across the country during the same time, which are equipped with latest medical equipments.

Afghanistan’s drugs industry was reported to make up more than half of the economy by 2007, having boomed since the fall of the Taliban. The country supplies over 90 percent of the world’s opium, the raw ingredient of heroin.

Afghanistan’s media were seriously restricted under Taliban rule. Radio Afghanistan was renamed Radio Voice of Shariah and reflected the Islamic fundamentalist values of the Taliban. TV was seen as a source of moral corruption and was banned.

Since 2002, there has been a surge in the number of media outlets – including radio and TV stations and some 100 active press titles, operating under a wide range of ownerships – from the government, provincial political-military powers and private owners to foreign and NGO sponsors. The main private TV and radio networks command large audiences.

Previous Government Structure of the Islamic Republic of Afghanistan